A Brief Word On Cats & Gennies 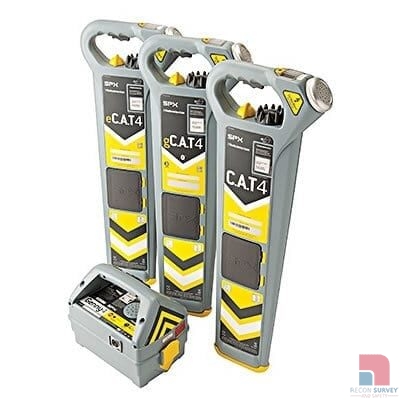 So I thought if share a few of the basics on cats and GENNY’S….notice how I shouted the last word,I did that as most of you either don’t use them because you don’t know what it’s for or don’t know it exists.

Firstly a cat doesn’t look for electricity…it’s not that clever.Open one up and you have two Ariel set apart from each other, these Ariel pick up radiated signals coming from a drawn current or radio signals bouncing of large metal objects..like big cables or metal pipes.

Some cables don’t radiate this signal so the cat on it’s own won’t pick it up..streetlights..live cable but during the day not turned on (obviously) so there is no drawn current.Big three phase ,the type that supplies industrial estates, these are what’s called balanced, the signals kind of cancel each other out so again a cat on it’s own won’t find it, power supply to an outbuilding, shed,garden room ..live cable but if nothing is turned on in there again no drawn current. A cat on it’s own will help you avoid about 30% of what’s down there, a cat with genny and accessories and a bit of training about 70 to 80%…point is you will never avoid everything hence the “if you aren’t sure hand dig” but 70 to 80% is still better than 30%.

A genny produces a frequency of 33khz, this frequency when connected or induced on to a utility enables the cat in genny mode to find that frequency so you can then trace where it goes.

There are a few ways of connecting which gives you the best results when tracing a specific utility.

First way is open the box to the genny and you will find a live and earth croc lead ,an earth stake and a magnet.Street lights are a good example to use.

Put the magnet on the door of the the street light column,attach the live croc clip, put the earth stake I the ground nearby and attach the earth clip.Plug in the leads to the side of the genny and turn it on,the genny will the send the 33khz signal down the column, along the cable to the next column and so on ,in genny mode you can then use the cat to trace that signal,you can use this method to attach to metal stop taps to trace water pipes.Another method is using one of the accessories you can buy, a signal clamp (picture shown). If you unearth a cable ,or have a cable coming out if a property you want to follow,put the clamp round the utility, plug In to the genny,turn on and the 33khz is sent along the utility for you to trace.

Best place I’ve seen this used was an raf base where there was a spaghetti heap of cables and the contractor had to trace one cable.Thirdly you can use what’s called a signal injector.This has a three pin plug on one end,if you plug this In to a wall socket in a property it will send the 33khz around the circuit and out, so if you want to find where power is entering a property this is the best method.

There are many instances it’s not possible to connect to find cables and pipes,this is when you would use the genny in induced mode ,basically this means put it on the ground, turn it on and it will send the 33khz either side of the genny (where the go faster stripe stickers are) up in to the air and down In to the ground, it comes out the genny a bit like when you throw a pebble in a pond with ever increasing ripples.The signal that goes in to the ground will latch on to any metal utility that it comes in to contact with and send the signal down it for you to trace with the cat.

The genny has to be a good 10m away from the cat whist doing this trace to avoid you picking up the airborne signal but done properly in a grid pattern on a large site it’s an effective way of avoiding any metal utility.

There are a load of different cats and gennys on the market. Radiodetections new range are a good indicator of what options you can get. Standard cat4 four modes power,radio and genny and avoidance.

Cat4+ all of the above but also has depth function, depth mode can only be used when following the 33khz from a genny as that’s what it looks for. Be careful when using a depth cat as it looks for the depth to the strongest utility so you could have a really big cable at 2 m and a little one above it ,the cat shows you the depth to the strongest signal and the temptation could be to take the top off with your digger and hand dig the rest ,then boom you’ve hit the smaller cable.

Ecat4+ and gcat4+, these both have datalogging, the gcat+ datalogs and had GPS built in.A lot of cats are now being purchased with these features as large contractors and insurance companies want you to prove a) that it’s been used and b)where it’s been used.There are a number of manufacturers out there all offering pretty much the same product in a different shell.But if you want a basic kit on site you can buy a decent reconditioned kit from £375  as long as it has a good speaker,a visual display,a genny that works at 33khz and is in calibration (anything goes wrong on site health and safety will ask to see your cert) you will help yourself avoid utilities,you can add the accessories If you need them,again these don’t have to be new .Sorry for the essay folks but hopefully if you’ve managed to read to the end you may have learnt something that could save your health and your pocket.

I haven’t covered everything here ,that’s why there are paid for courses on cable avoidance use ,and if you aren’t sure google lol. 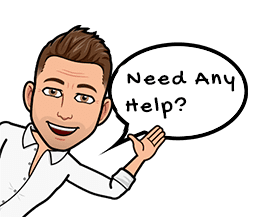